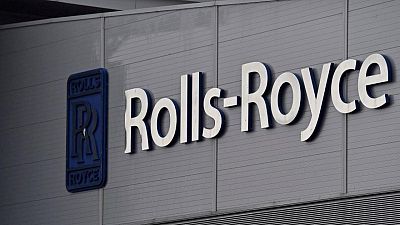 <p><body> <p><span class="caps">LONDON</span> (Reuters) -British engineering company Rolls-Royce stuck to its guidance to turn free cash flow positive at some point during the second half of 2021 as vaccinations kick in and travellers return to the skies. </p> <p>In the year to date, the company said its operational and financial performance had been in line with expectations, suggesting the return of some stability after a torrid 2020 for one of the last vestiges of Britain’s manufacturing industry.</p> <p>Rolls’ model of charging airlines for the number of hours its engines fly meant much of its income dried up last year when travel stopped. It has cut costs, taken on debt and raised equity to survive. </p> <p>It also plans to sell 2 billion pounds ($2.8 billion) worth of assets to help repair its finances, and said on Thursday that there was an “encouraging range” of parties interested in buying its Spanish unit <span class="caps">ITP</span> Aero, for which it hopes to get 1.5 billion euros. </p> <p>Over the first four months of 2021, Rolls-Royce said that large engine flying hours were around 40% of pre-pandemic levels, in line with its expectations. Good progress was also being made with a cost-cutting plan, the company added. </p> <p>($1 = 0.7117 pounds)</p> <p> (Reporting by Sarah Young; Editing by Kate Holton)</p> </body></p>