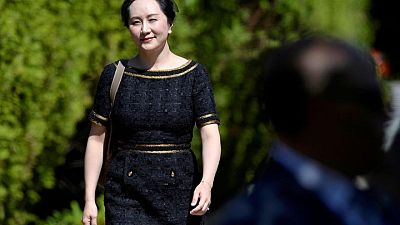 Meng, 49, was arrested at Vancouver International Airport on a U.S. warrant for bank fraud in December 2018. She is accused of misleading HSBC about Huawei’s dealings in Iran, causing the bank to break with U.S. sanctions.

Meng maintains she is innocent of the charges and has been fighting her extradition while living under house arrest in Vancouver. For more than two years, her lawyers have pushed to have the case thrown out because of alleged abuses of process that they say violated her rights.

Last month Meng requested a delay in proceedings to allow her legal team to review new documents that could bolster her defense. The request followed a settlement between HSBC and Huawei in a Hong Kong court allowing company records to be released.

Meng’s lawyers told the British Columbia Supreme Court on Wednesday they plan to file their application to introduce new evidence on June 7. The case is expected to wrap on Aug. 20.

(Reporting by Sarah Berman in Vancouver; Editing by Marguerita Choy)