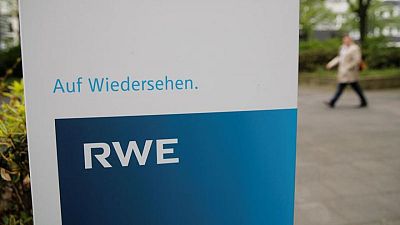 Adjusted earnings before interest, tax, depreciation and amortisation (EBITDA) fell to 883 million euros ($1.07 billion) in the quarter to March, the group said, beating the 824 million consensus it provided.

RWE, Europe’s third-largest renewables firm, confirmed its outlook for 2021, still expecting adjusted EBITDA of 2.65 billion to 3.05 billion euros, and plans to pay a dividend of 0.90 euros per share for the current year.

“Better-than-expected reporting and confirmed guidance (are) a slight positive in our view as Q1 was difficult for RWE with Texas freeze and low wind yields,” a Frankfurt-based trader said.

Shares in RWE were indicated to open 1.1% higher in pre-market trade.

The main driver for the profit decline was a 400 million euro profit hit caused by freezing temperatures in Texas earlier this year, putting RWE’s local onshore wind farms out of service and forcing it to buy electricity at sky-high prices.

In addition, the group’s wind assets in Europe were impacted by weaker wind volumes compared to last year, a stark reminder that the performance of solar and wind assets is strongly tied to weather conditions.