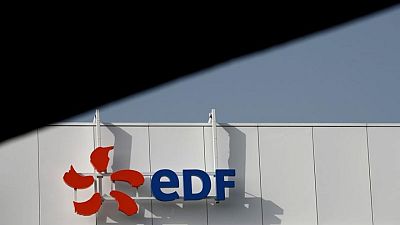 PARIS (Reuters) – French state-controlled power group EDF said on Wednesday that talks over a restructuring of the company between France and the European Commission remained difficult, as EDF posted higher first quarter sales.

The talks between France and the European Commission include the ARENH price mechanism under which competitors can get access to nuclear energy produced by EDF, and as EDF is a state-owned utility, the EU has a say on its reform on competition grounds.

“Discussions on the Arenh reform and the reorganisation of EDF are ongoing between the French State and the European Commission and they remain difficult. There is still no certainty on the timing and the outcome of these discussions,” EDF said on Wednesday.

EDF also maintained its 2021 financial guidance and financial targets for 2022, which includes targeting around 3 billion euros worth of asset sales over the 2020-2022 period.

French President Emmanuel Macron has pushed for a shake-up of EDF as a way of securing the future of its debt-laden and capital-intensive nuclear energy arm, while allowing more lucrative parts of the business to flourish free from the broader group’s liabilities.

However, trade unions have strongly opposed the restructuring – which will entail ring-fencing some of its businesses, like the nuclear unit – arguing it amounts to the dismantling of a state-controlled group and the beginning of its privatisation.