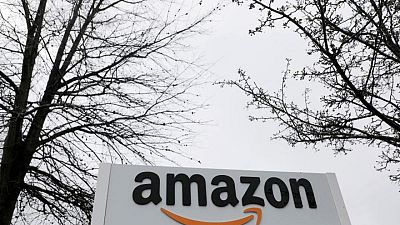 By Kate Duguid and Simon Jessop

The world’s biggest company joins a growing list of debt issuers tapping the market for green and sustainable bonds, which is swelling as asset managers come under pressure from their investors to advance environmental, social and governance (ESG) causes.

Global green bond issuance reached a record high of $270 billion at the end of 2020 and could reach $450 billion this year, according to Climate Bonds Initiative.

The money raised through the sustainability bond is a fraction of the total debt Amazon issued on Monday – some $18.5 billion. The company said it forms part of a new Sustainable Bond Framework and will be spent on new and existing projects.

The projects include theMost Recent

Amazon also said that it may use these funds for private equity investments in clean transportation and zero carbon buildings.

Amazon has pledged to reach net zero carbon emissions by 2040 and to power all its operations with renewable energy by 2030, as well as increase opportunities for under-represented groups in its workforce.

The decision to raise money to fund social projects comes Amazon fends off criticism for its treatment of its workers as its business boomed during the COVID-19 pandemic.

As well as being castigated for poor health and safety practices during the early months of the pandemic, Amazon has also been criticised for illegally firing workers and pressuring staff not to form a union at one of its sites.

Amazon has denied these allegations and has said it supports employees’ rights to criticize work conditions.

(Reporting by Kate Duguid in New York and Simon Jessop in London; Editing by Lisa Shumaker)