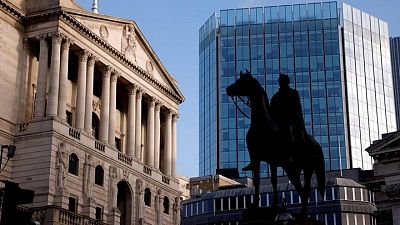 LONDON (Reuters) – The fragmentation of Europe’s capital market due to Brexit has increased operating costs for banks to the point where some struggle to make their UK and EU hubs viable, a report showed on Tuesday.

Many banks that used London as a base for serving the European Union have opened hubs in the bloc after Britain’s departure from the EU left the City of London largely cut off from the continent.

“The aggregate costs across banks’ European operations have risen considerably as a result of fragmentation, without so far a corresponding increase in revenues to offset this rise,” according to the report from consultants Deloitte and IHS Markit, a data company.

“In many cases, UK entities have been left with reduced profitability and the new or expanded EU entities are struggling to develop viable business models and achieve sustainable profitability,” the report said.

The EU has said it was in “no rush” to consider direct market access for the City of London, though some activities like corporate and retail banking must effectively be done from inside the bloc in any case.

Large chunks of derivatives and share trading have left the City for the bloc and New York.

Such market fragmentation will make it hard for some banks to hit their profitability targets or even exceed their cost of equity, the report said.

When adding up risk-weights from a portfolio of euro interest rate swaps that has been split between entities in the UK and the EU, capital requirements increase by between 8% and 51%, the report said.

“The challenge banks now face is how they can improve efficiency and achieve sustainable profitability across their European operations – and strike the right balance between what business they do in Europe relative to other global financial centres,” said David Strachan, Deloitte’s head of EMEA Centre for Regulatory Strategy.