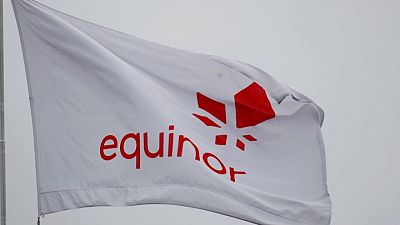 The planned new 900-megawatt (MW) Peterhead CCS Power Station could capture up to 1.5 million tonnes of carbon dioxide (CO2) every year, 15% of the UK government’s annual target of 10 million tonnes of CO2 capture by 2030, the companies said.

SSE operates a combined cycle gas turbine power station at the site in Aberdeenshire, which it is seeking to decarbonise.

The carbon dioxide released when natural gas is burned will be captured and could be transported to the Acorn CO2 storage site being developed 100 kilometres (62.14 miles) off the Scottish North Sea coast, the companies said.

The final investment decision for the Peterhead plant will depend on the progress of the necessary business models and associated infrastructure, but with appropriate policy mechanisms in place, the new station could come online by 2026, SSE and Equinor said.

“Carbon capture storage technology is one of the most exciting and innovative ways that we’re looking to tackle climate change, and today’s announcement marks a significant step towards a greener, more sustainable future for Scotland and the whole UK,” the British Energy Minister Anne-Marie Trevelyan said.

Britain has a target to reach net zero carbon emissions by 2050 and will be hosting this year’s United Nations climate talks, COP 26, in Glasgow.

(Reporting by Nora Buli in Oslo; Editing by Richard Chang)