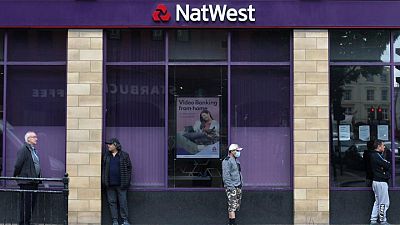 LONDON (Reuters) -The British government kicked off the sale of a further stake in taxpayer-backed NatWest Group, announcing on Monday it plans to sell a 5% stake in the lender.

The Treasury said it plans to sell around 580 million shares, reducing the government’s stake in the lender to 55%.

NatWest has remained majority state-owned following a 45 billion-pound ($63.65 billion) bailout in the 2007-09 financial crisis. The government’s last sale of stock was in 2018.

UK Government Investments, which manages the NatWest stake, said final pricing was still to be determined through an accelerated bookbuilding process.

Sky News reported earlier on Monday that the share sale was imminent, sending shares in the bank down 1.5% to close at 191.1 pence, after earlier being up around 2% on the day.

Despite the dip, NatWest’s stock price has more than doubled since hitting a low of 90.5 pence in September, as optimism has built about Britain’s economic recovery from the pandemic.