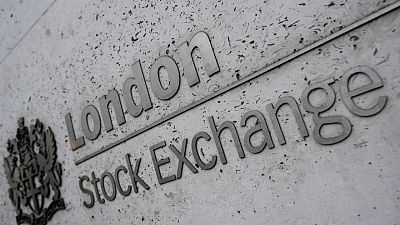 (Reuters) – London’s FTSE 100 dipped on Monday as weakness in industrial stocks and a stronger pound following the outcome of the Scottish election outweighed gains in miners.

The exporter-heavy index dipped 0.1%, with large dollar-earning consumer staples companies, including Diageo, British American Tobacco and Relx Plc slipping between 0.7% and 2.3% as the pound strengthened.

“Despite the fact that the stocks have performed well, they are going to struggle if the yields start rising again. The market will be under the whim of currency and the bond market,” Keith Temperton, equity sales trader at Forte Securities, said.

He added British investors would focus on Tuesday’s Queen’s Speech when the government lays out its priorities.

British Prime Minister Boris Johnson on Monday set out the next phase of lockdown-easing in England, giving the green light to “cautious hugging” and allowing pubs to serve customers pints inside after months of strict measures.

Britain has allowed international travel to resume from May 17, but just 12 countries and territories made the “green list”, meaning they don’t require quaratine.

The domestically-focussed mid-cap FTSE 250 index was down 0.3%. Bakery and fast food chain Greggs surged 10.5% to the top of the index after raising its profit outlook.

However, Provident Financial slipped 2.5% after the sub-prime lender said it expected costs of up to 100 million pounds ($140.61 million) related to the closure of its doorstep-lending division.

(Reporting by Shivani Kumaresan and Devik Jain in Bengaluru; Editing by Subhranshu Sahu and Barbara Lewis)