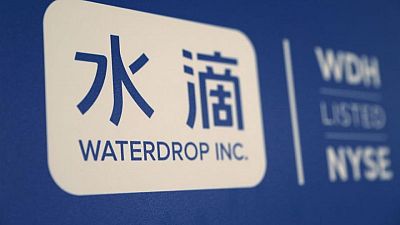 <p><body> <p>By Yingzhi Yang and Tony Munroe</p> <p><span class="caps">BEIJING</span> (Reuters) – Online insurance technology firm Waterdrop Inc will focus more on user growth than on profit in the short term and aims to become China’s version of UnitedHealth Group in a decade, its chief executive told Reuters on Friday.</p> <p>Waterdrop, which is backed by Chinese gaming giant Tencent and will list in New York on Friday, has no plan to revive its once popular mutual aid service, founder and <span class="caps">CEO</span> Shen Peng said in an interview.</p> <p>The loss-making company will focus until 2025 on growing its online insurance business in China, and would like to expand further into healthcare businesses in 10 years’ time in the country, Shen said. UnitedHealth is the biggest U.S. health insurer.</p> <p>“Currently becoming profitable is not our priority,” said Shen, adding that growth and serving more users was more important in the short term. </p> <p>Waterdrop’s upcoming stock market debut will be a key test of investor appetite for Chinese fintech companies amid a regulatory crackdown that started after the halting of Ant Group’s <span class="caps">IPO</span> last November. Its <span class="caps">IPO</span> raised $360 million. </p> <p>Waterdrop doesn’t plan to restore its mutual aid service, which was shut down in March and had provided 80 million users with shared basic health plan covering critical illnesses, as Shen believes such services are out of fashion and cost-effective insurance policies underwritten by insurance carriers will prevail in China’s lower-tier cities.</p> <p>China’s financial regulators have said since late last year that all financial activities needed to be overseen by regulators and all businesses needed to be licensed to operate.</p> <p>Last month, Chinese financial regulators said that they would step up efforts to regulate fintech companies that have offshore public listing plans.</p> <p>Shen said that the company started to proactively communicate with regulators when it first had the <span class="caps">IPO</span> idea and kept talking with regulators at every step of the <span class="caps">IPO</span> process. </p> <p>“Regulators have expressed that they are delighted to see innovative companies obtain public listings as long as the companies’ operations comply with regulations,” Shen said.</p> <p>Founded in 2016 by Shen, a former executive at Chinese food delivery giant Meituan, Waterdrop was valued at about $2 billion in a pre-<span class="caps">IPO</span> funding round last August. It also counts reinsurer Swiss Re, Boyu Capital, and Meituan as investors. </p> <p>Beijing-based Waterdrop’s remaining core businesses include distributing insurance policies online and providing illness crowd-funding. </p> <p>The company said in its filing that its revenue hit 3 billion yuan ($464.43 million), an increase of over 100% year on year. </p> <p>($1 = 6.4596 Chinese yuan renminbi)</p> <p/> <p> (Reporting by Yingzhi Yang and Tony Munroe in Beijing; Editing by Sumeet Chatterjee and Muralikumar Anantharaman)</p> </body></p>