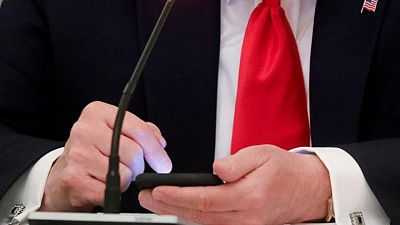 (Reuters) – Facebook Inc oversight board’s extension of former U.S. President Donald Trump’s banishment from the social network failed to settle how it will balance political leaders’ freedom of speech and its responsibility to make sure hateful rhetoric does not incite violence.

The 20-person board, which includes legal scholars, activists and a former prime minister, upheld Trump’s suspension from Facebook for the time being but said the company needed to do far more to prepare for volatile political situations.

The company’s policies on these issues have huge importance not just in the United States but in countries including India, Brazil, Myanmar and the Philippines. Political leaders there have turned to the social network to stoke hate or spread misinformation, both with deadly consequences, according to critical reviews by the United Nations and other bodies.

“Facebook has become a virtually indispensable medium for political discourse,” the board said in its Wednesday ruling. “It has a responsibility both to allow political expression and to avoid serious risks to other human rights.”

The Oversight Board gave Facebook credit for evaluating Trump’s actions during the Jan. 6 attack on the U.S. Capitol, which prompted his ban from the service, against the Rabat Plan of Action, a globally accepted test for distinguishing incitement of hatred and violence from what should be protected as free speech.

The six-point Rabat plan considers the context and intent of the speech, the speaker, the content itself, its reach and the imminence of harm. Trump, president at the time, told protesters in a Facebook video that they were “very special,” even as some were still storming into the Capitol. Trump’s account had 35 million followers.

The board concluded that Trump “used the communicative authority of the presidency in support of attackers,” and his violation of Facebook’s policies against glorifying violence was “severe in terms of its human rights harms.” It did not exercise its authority to tell Facebook it must ban Trump permanently.

But the board chastised Facebook for not having a process for re-applying that or some other test to determine when Trump’s privileges should be restored. It gave Facebook six months to decide on Trump’s status and urged the company to develop a policy to handle crises in which its existing options would not prevent imminent harm.

As it has become a major information source, Facebook has mostly given leeway to political leaders because what they say is newsworthy and important to the functioning of governments. Still, its policing of rule-breaking politicians, and political speech more broadly, has prompted backlash from governments and new regulatory threats in India, Hungary and Mexico.

Many civil society advocates say the company is too ready to silence political dissent and has no toolkit for dealing with the many ways authoritarian governments are manipulating its services, which also include Instagram and WhatsApp.

The issue is especially fraught in India, where users since last year have criticized Facebook for being slow to police hate speech and other actions by politicians of the ruling Bharatiya Janata Party. Meanwhile, the government demanded that Facebook remove posts critical of its handling of the pandemic, including some by local lawmakers.

At the heart of the board’s order in the Trump case is the view that every Facebook user, including Trump, deserves clarity on actions that will get them banned forever and steps they can take to ensure temporary suspensions are lifted.

United Nations conventions, which establish a widely respected though voluntary framework for international human rights law, hold that freedom of expression is a bedrock right, and thus people should not be subject to arbitrary muzzling by Facebook. The company committed to upholding such human rights in a corporate policy unveiled in March that includes annual follow-up reports.

“If you believe in the international human rights law principles that guide the decision, it is hard to see how a lifetime ban could EVER be permissible for any content violation,” Nate Persily, a Stanford University law professor, tweeted on Wednesday.

But human rights law also holds that people must be protected from violence and other forms of harm.

Sarah Morris, director of New America’s Open Technology Institute, said the board’s decision indicates Trump’s repeated problematic postings in the run-up to Jan. 6 and their impact on the attack “make it a particularly egregious case that warranted deplatforming” him.

The board declined to go down the road recommended by a minority of members that Trump should not be reinstated until the company is satisfied that he has stopped making false claims about widespread fraud in the election he lost last year and disavowed support for those involved in the Capitol attack.

If Facebook adopted that requirement, Trump’s return may be far off. He has called Joe Biden’s 2020 presidential election victory “THEBIGLIE!,” repeating the claim as recently as Monday.