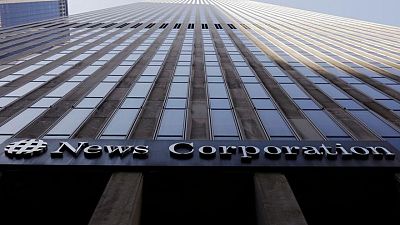 Revenue from Dow Jones, which provides news and business information, rose 6% to $421 million during the quarter.

News Corp, owner of Market Watch and Barron’s, has been making acquisitions to bolster its portfolio and expand.

In March, the company said it will acquire the consumer unit of educational publisher Houghton Mifflin Harcourt Co for $349 million in cash, days after it agreed to buy financial news firm Investor’s Business Daily for $275 million..

The Rupert Murdoch-led publisher’s total revenue rose 3% to $2.34 billion in the three months ended March 31, above analysts’ estimate of $2.2 billion, according to Refinitiv IBES data.

(Reporting by Akanksha Rana and Eva Mathews in Bengaluru; Editing by Aditya Soni and Devika Syamnath)