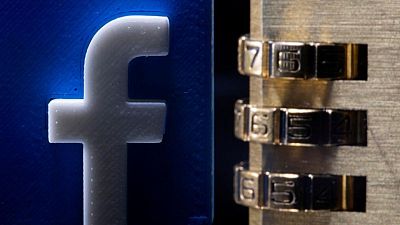 (Reuters) – Facebook Inc has taken down a network of hundreds of fake accounts and pages targeting people in Ukraine and linked to individuals previously sanctioned by the United States for efforts to interfere in U.S. elections, the company said on Thursday.

Facebook said the network managed a long-running deceptive campaign across multiple social media platforms and other websites, posing as independent news outlets and promoting favorable content about Ukrainian politicians, including activity that was likely for hire. The company said it started its probe after a tip from the FBI.

Facebook attributed the activity to individuals and entities sanctioned by the U.S. Treasury Department including politician Andriy Derkach, a pro-Russian lawmaker who was blacklisted by the U.S. government in September over accusations he tried to interfere in the 2020 U.S. election won by President Joe Biden. Facebook said it removed Derkach’s accounts in October 2020.

Reacting to the investigation, Derkach said big firms were building a “dictatorship in the name of liberal values” and that he was preparing to submit draft legislation to Ukraine’s parliament to regulate global social media companies.

“I proceed from the fact that no one has the right to restrict basic human rights and freedoms. Neither Facebook nor the state,” he said in a statement sent to Reuters on Friday.

Facebook said that as well as promoting these politicians, the network also pushed positive material about actors across the political spectrum, likely as a paid service. It said the activity it investigated began around 2015, was solely focused on Ukraine, and posted anti-Russia content.

Facebook’s investigation team said Ukraine, which has been among the top sources of “coordinated inauthentic behavior” that it removes from the site, is home to an increasing number of influence operations selling services.