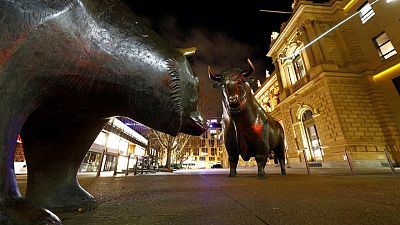 Deutsche Boerse, which had bought 51% of CFC last year, said the transaction would complement previous deals in the investment funds industry, with the acquisitions of Citco Global Securities Services, Swisscanto Funds Centre and Ausmaq.

“We see significant opportunities to further grow the global footprint of this (CFC) business, particularly in Europe but also in Asia Pacific,” Deutsche Boerse board member Stephan Leithner said in a statement.

UBS expects to recognise a post-tax gain of around $35 million and a CET1 capital increase of around $400 million in the second quarter.

The transaction is subject to certain closing conditions and is expected to complete in June, it said.