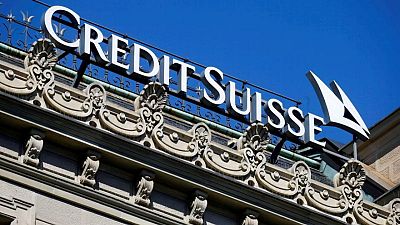 By Shariq Khan and Matt Scuffham

(Reuters) – Credit Suisse Group AG has told customers in recent months it will no longer execute transactions in shares of cannabis companies with U.S. operations or hold them on behalf of clients, a cannabis company executive and other industry sources told Reuters on Wednesday.

The Swiss lender was among a handful of banks that had been willing to buy and sell marijuana-related stocks for clients in the United States and hold those shares as a custodian.

Cannabis remains illegal under U.S. federal law, even though many states have legalized its use. This represents a legal risk for investment banks working for companies that produce or trade the drug.

Credit Suisse’s compliance and risk management procedures have come under scrutiny from investors and analysts after it lost at least $4.7 billion from the collapse of Archegos, an investment firm dedicated to managing the fortune of hedge fund veteran Bill Hwang, as well as the suspension of funds linked to insolvent supply chain finance company Greensill.

The MSOS exchange-traded fund, which tracks U.S. marijuana stocks, has fallen by more than a fifth since early February. Several market players said they believed Credit Suisse’s actions played a role in the selloff.

“That led to a significant selloff.”

A custodian bank holds customers’ securities for safekeeping, to prevent them from being stolen or lost, while also collecting dividends and handling other corporate actions. It plays an important role in helping many investors to hold shares in companies.

The weed industry has boomed over the last three years, as Canada and a succession of U.S. states, including most recently New York and New Jersey, legalized recreational use.

Credit Suisse shares are down over 20% so far this year, and the bank has said it is cutting its prime brokerage business, which caters to hedge fund clients, by about a third.