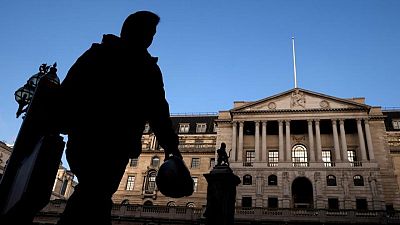 LONDON (Reuters) – There is a “strong case” for minimum rules for mortgages across all banks to ensure fair competition in the home loans market, Bank of England Deputy Governor Sam Woods said on Wednesday.

Banks attach a risk weighting to each home loan on their books, and these are added up to determine how much capital they set aside in case of defaults.

The BoE has been concerned about a significant fall in mortgage risk-weights at banks that use their own internal calculation models, compared with typically smaller lenders who follow guidelines set out by regulators.

“This has led to increased prudential risks, and an increasing divergence between firms that use these models and firms that do not,” Woods told the Building Societies’ annual conference.

The Bank has consulted on possible changes such as mandating a risk-weight of at least 7% on every home loan, and an average weight of 10% across a portfolio of loans, to iron out the differences between banks.

Woods said feedback to the consultation showed there is a strong prudential case for some “floors”, or minimum expectations on risk-weights from in-house models.

“Second, in addition to the prudential benefits, such floors should in my view benefit competition between larger firms on modelled and smaller firms on non-modelled approaches, an issue our competition team has been alert to for some time,” Woods said.

It was unclear if both the floors proposed by the BoE were needed given the need to avoid a significant rise in overall capital, Woods said.

Leaving the European Union has given Britain more “regulatory flexibility” and the government wants to bolster the City of London’s attraction for global banks.

“We also need to consider the position of foreign banks that operate in the UK,” Woods said.

“But we have an open mind on this,” he added.