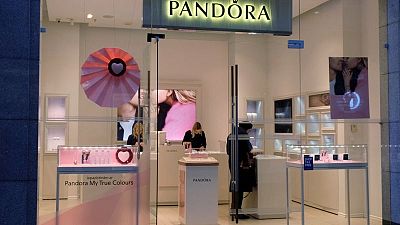 “Diamonds are not only forever, but for everyone,” Pandora Chief Executive Alexander Lacik said as the Danish company launched a new collection of man-made stones.

Pandora, which made 85 million pieces of jewellery last year and sold 50,000 diamonds, said it aimed to “transform the market for diamond jewellery with affordable, sustainably created products”.

The growing acceptance of man-made diamonds by millennials attracted to cheaper stones guaranteed not to have come from conflict zones has spurred firms such as De Beers to end its decades-old policy of shunning synthetic gems in its jewellery.

Prices of lab-grown diamonds have fallen over the past two years following the U-turn by De Beers in 2018 and are now up to 10 times cheaper than mined diamonds, according to a report by Bain & Company.

Pandora’s new collection of lab-grown diamonds will be launched initially in the United Kingdom and will be available in other key markets next year, it said.

Pandora said it expected the diamond market to continue to grow, with sales of lab-grown diamonds outpacing overall growth.

Pandora’s lab-grown gems will be made using a technology in which a hydrocarbon gas mixture is heated to 800 Celsius (1,472 Fahrenheit), spurring carbon atoms to be deposited on a small seed diamond, growing into a crystal layer by layer.

Pandora, which has until now sourced mined diamonds from KGK Diamonds, said it will get its lab-grown stones from suppliers in Europe and North America. Mined diamonds already in Pandora stores would still be sold, it said.