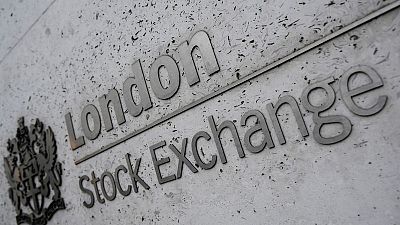 “Not a great deal of movement in other assets but equity futures hit an air pocket,” said an equity sales trader based in London. “Looking at the price action and volume, a sense the machines took over for a second and resulted in a micro flash-crash.”

“Calling the wobble in the markets this morning a flash crash is a bit of hyperbole,” said Art Hogan, chief market strategist at National Securities in New York.

The volatility appeared to boost demand for safe-haven bonds, with the 10-year U.S. Treasury yield dropping almost 2 basis points to 1.591% before creeping back above 1.6% and then dropping to 1.56%.

“No trigger… it’s a combination of a sell off on the winners of the past months… with the month of May and a ‘nervous’ positioning,” said Angelo Meda, portfolio manager at Banor SIM in Milan.

Some traders initially blamed the sharp moves on a report that a Chinese military aircraft had entered Taiwan’s air defence zone, but they later discounted that as a factor as similar occurrences have been quite common recently.

The Taiwan defence ministry said, in a statement to reporters in Taiwan that landed at 7.51 a.m. Eastern Standard Time and a tweet https://twitter.com/MoNDefense/status/1389548626213494791 timestamped 7.53 a.m., that a single Chinese anti-submarine warfare aircraft flew into the southwestern corner of Taiwan’s air defence zone, in what is part of a routine pattern of flights by China that Taiwan frequently complains about.

The fall in U.S. S&P stock futures started around 7:30am and preceded that tweet.

“Everybody at the same point was looking for the switch that was flipped at 7.30am,” said Hogan, who called it a likely a profit-taking move that started pre-market and extended after the open.

“It doesn’t take much to push investors over the side when we’re at or near all-time highs,” said Hogan.

(Reporting by Thyagaraju Adinarayan in London, additional reporting by Ben Blanchard in Taipei and Danilo Masoni in Milan and Sinead Carew in New York; Editing by Dhara Ranasinghe, Megan Davies and Catherine Evans)