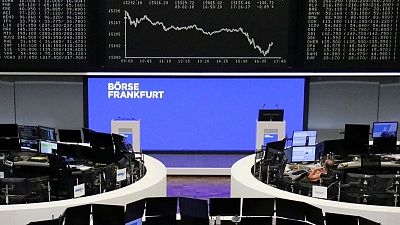 Euro zone stocks index that includes markets in continental Europe rose 0.6%, while the German DAX was up 0.8% and France’s CAC 40 gained 0.6%.

“COVID-19 infections are stabilizing in Germany and the Netherlands, are on a downtrend in France and Italy, and appear to be under control in Spain,” analysts at BCA Research wrote in a note.

“Meanwhile, vaccinations are gathering pace across the euro area. This will allow authorities to ease restrictions and economic activity to accelerate.”

Europe’s benchmark STOXX 600 ended April with a 1.8% rise, and just below its all-time high as a pick-up in European vaccination drive and solid earnings reports boosted hopes of a strong economic recovery.

Nearly half of the STOXX 600 companies have reported so far, and 75% have topped profit estimates, as per Refinitiv IBES data. Normally, 51% beat earnings expectations.

Wind turbine maker Siemens Gamesa fell 4.1% after it warned it could earn less this year than previously expected.

(Reporting by Sruthi Shankar in Bengaluru; Editing by Anil D’Silva)