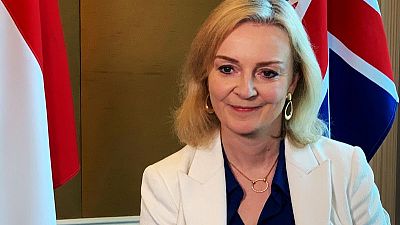 The meeting will be her first face-to-face encounter with recently-elected WTO chief Ngozi Okonjo-Iweala, who has committed to reform the organisation.

As Truss looks to remodel post-Brexit Britain as a guardian of free trade and the rules-based international system, she has repeatedly called for a tightening of WTO rules and stricter enforcement.

Truss has been an outspoken critic of Chinese trade practices, previously citing unfair industrial subsidies and intellectual property theft, and warning that without action the West may lose its place in the global order.

“The WTO needs to modernise and tackle big global issues like climate change and technological advancement,” a trade department spokeswoman said ahead of Friday’s meeting.

“We need a new set of digital trade rules for the 21st century, and more needs to be done to tackle pernicious practices like industrial subsidies so trade is fair as well as free.”