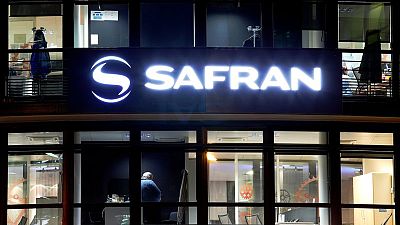 PARIS (Reuters) – French aero engine and equipment maker Safran on Friday reported a 38% drop in first-quarter revenues, but maintained full-year forecasts that include a narrower 2-4% drop in sales.

March airline traffic showed signs of improvement after stalling in January and February. It remains weak in Europe and Asia outside China and uncertainty remains over the speed of recovery in medium-haul airplane capacity, the company said.

Safran, which has warned of a delayed recovery to the market for engine services, said its widely watched civil aftermarket revenue fell 53.4% in dollar terms in the first quarter.

Safran co-produces engines for the Boeing 737 MAX family and competes with Pratt & Whitney on the Airbus A320neo in the busiest segment of the jetliner market. It also makes equipment from landing gear to galleys for several models.