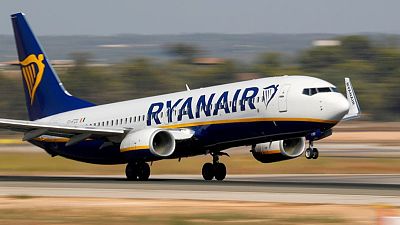 DUBLIN (Reuters) – Ryanair plans to power 12.5% of its flights with sustainable aviation fuels by 2030, the airline said on Thursday days after the owner of rival British Airways committed to using the fuels to power 10% of its flights.

Group Chief Executive Michael O’Leary, who has pointed to European Union environmental taxes targeting low-cost carriers as a major threat to the sector, had said earlier this month the proportion would likely be just 3-5% in the coming decade.

“As Europe’s largest airline, we have a responsibility to minimise our impact on the environment,” the airline’s Director of Sustainability Thomas Fowler said in a statement that said the airline commits to the target.

The budget carrier says the high number of passengers it squeezes into its jets, the limited number of empty seats and the low average age of its fleet gives it one of the lowest levels of carbon use per passenger in Europe.

It says its order of 210 Boeing 737 MAX jets, which use around 16% less fuel than the current generation of 737s, will cement Ryanair’s leadership in the area.

But critics say the low-cost business model encourages people to fly more frequently and drives growth in the total number of people flying.

Ryanair plans to grow from flying around 150 million passengers per year before the pandemic to 200 million within five years, although it says total short-haul capacity in Europe is likely to be up to 30% lower after the pandemic.