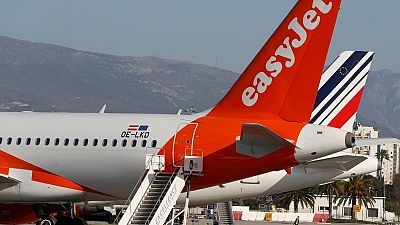 LONDON (Reuters) – British airline easyJet said it had seen stronger demand for bookings in September, October and November as passengers hold off going on holiday in the summer when it is still not clear where they can travel, its CEO said.

The low-cost airline echoed the British holiday group Jet2 in saying that bookings for later in the year were encouraging as holidaymakers bet that vaccine rollouts will have curbed the pandemic by then.

Chief Executive Johan Lundgren told BBC Radio that summer bookings had been delayed. “If you would compare it to normal times, we are seeing relatively stronger numbers coming into September, October and November,” he said.

Lundgren added that lots of passengers were still waiting for the government to say which countries would open for travel in the summer.

In Britain, easyJet’s biggest market, uncertainty remains about when travel can resume and which countries will feature on a green list of low-risk destinations. EasyJet has said it expected to start flying more from late May onwards.