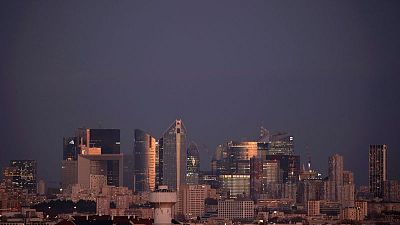 PARIS (Reuters) – The French economy grew more than expected in the first quarter, as consumer spending and business investment held up despite coronavirus curbs, official data showed on Friday.

The euro zone’s second-biggest economy grew 0.4% in the first three months of the year from the fourth quarter, when it had shrunk 1.4%, the INSEE stats agency said.

That compared with an average forecast of 0.1% growth in a Reuters poll of 33 economists’ expectations, which ranged from 1.0% to -1.3%.

The government progressively tightened curbs during the first quarter and France entered a third national lockdown at the end of March as infections spiked and pressure on hospitals increased.

Consumer spending grew 0.3% in the quarter despite the measures, recovering from a 5.7% slump in the fourth quarter, when France faced a month-long national lockdown in November.

Business investment proved particularly strong, gaining 2.2% in the quarter, up from 1.3% in the previous quarter.

While domestic demand added 0.9% percentage points to the growth rate, a slump in exports meant that foreign trade represented a 0.4% drag, INSEE said.

Under pressure from business and a weary public, President Emmanuel Macron announced a four-phase plan on Wednesday to wind down the current lockdown.

In particular, France will start relaxing a nightly curfew and allow cafes, bars and restaurants to offer outside service from May 19.

The lockdown has had less impact than in the past on the economy, with business and consumer sentiment surveys largely holding up and even improving in the industrial sector.

(Reporting by Leigh Thomas; Editing by Uttaresh.V and Clarence Fernandez)