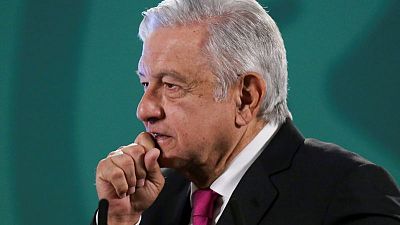 MEXICOCITY (Reuters) – Mexican President Andres Manuel Lopez Obrador criticized the country’s telecoms companies on Wednesday for impeding an initiative to create a national biometric cellphone user registry that is opposed both by industry and rights groups.

Backed as a measure to improve public safety by the Senate this month, the registry would require companies to pay for collection of their clients’ biometric data, which would then be stored and managed by the telecoms regulator.

Telecoms sector groups argue it would cost the industry hundreds of millions of dollars to implement. Rights groups say it poses a human rights violation and could lead to wrongful convictions if people’s identities are stolen.

Mexico’s data protection body plans to challenge the registry before the Supreme Court. Judges have also suspended its implementation, according to local media.

“These telephone companies … have a lot of power, in addition to acting with great hypocrisy, because they already request that data to contract a telephone service,” he told reporters at a regular news conference.

“Now as they also have lots of money to buy or rent media, they’re running a campaign against us,” he added, singling out Telmex, a unit of America Movil, the company controlled by the family of Mexican billionaire Carlos Slim.

Supporters of the measure say it will help crack down on criminals who use unregistered pre-paid phones for kidnapping and extortion calls. The registry’s information would be available by request from law enforcement officials.

While over 150 countries around the world maintain cellphone user registries, only about 8% of those also require biometrics, according to global telecoms industry lobby GSMA.