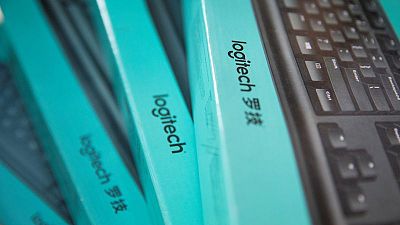 (Reuters) -Logitech International reported better-than-expected full-year sales on Thursday as the computer peripherals maker benefited from the work-from-home trend during the COVID-19 pandemic.

The maker of computer keyboards, mice and headsets reported full-year sales of $5.25 billion for the year to March 31, increasing by 74% in constant currencies, better than the 63% increase forecast by the company in February.

Logitech raised its earnings guidance four times during the 2021 financial year amid a surge in sales of its products which help people work from home, with peripherals for esports and PC games also seeing a rise.

For 2022, Logitech expects constant currency sales to be flat, plus or minus 5%, confirming its previous outlook.

(Reporting by Anirudh Saligrama in Bengaluru and John Revill in Zurich; Editing by Krishna Chandra Eluri)