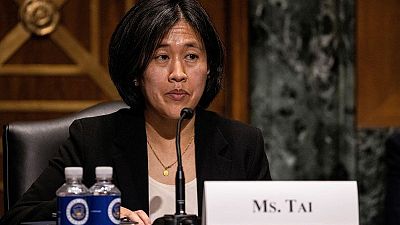 The two officials, who last spoke in March, also discussed “the role of trade in combatting climate change, tough action on market-distorting industrial subsidies and the Airbus Boeing dispute,” the British embassy said in a statement about the meeting.

Both Tai and Truss welcomed the outcome of a meeting of Group of Seven (G7) trade ministers last month, and said they looked forward to making further progress at the next meeting in late May, the statement said.

During the meeting, Tai also highlighted the need to support the production and equitable distribution of COVID-19 vaccines, her office said.