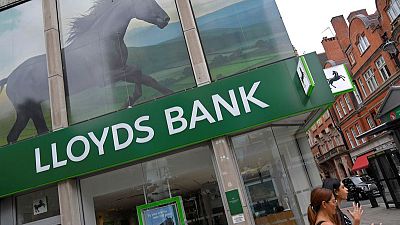 Lloyds reported 1.9 billion pounds ($2.64 billion) pre-tax profit for the first quarter on Wednesday, compared to an average of analyst forecasts of 1.1 billion pounds. The bank had posted a narrow 74 million pound quarterly profit the prior year.

The bank’s profits were boosted by the release of a 459 million pound chunk of its provisions for expected bad loans due to the pandemic, with a net improvement of 323 million pounds, compared to a forecast of 357 million pounds of additional impairments.

Horta-Osório is leaving Lloyds after a decade in the role to become Chairman of crisis-hit Swiss bank Credit Suisse, with the appointment expected to be confirmed at an investor meeting on Friday. HSBC executive Charlie Nunn is set to join Lloyds as CEO in August.

Like HSBC, Lloyds said the economic outlook in Britain now looked better than it had initially feared, leading to the provisions release and improved guidance for the year.

Horta-Osório is preparing to chair the board at Credit Suisse, widely seen as one of the toughest jobs in banking.

The Swiss lender is reeling from multi-billion dollar losses from the collapse of family office Archegos, the fallout from insolvent British finance company Greensill and a spying scandal last year that ousted its former CEO Tidjane Thiam.