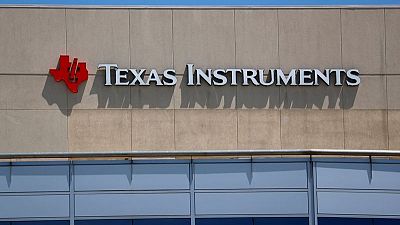 (Reuters) – Texas Instruments Inc reported better-than-expected quarterly revenue on Tuesday, thanks to strong demand for its chips used in personal electronic gadgets such as televisions and PCs.

Catering to a broad range of markets, TI’s analog and embedded chips are used for everything from factory automation to personal computers and car infotainment systems, lowering the company’s risk of heavy dependence on a few markets.

Investors watch its numbers closely to gauge both the health of the industry and other sectors where semiconductors are key components.

TI said it expected second-quarter revenue in a range of $4.13 billion to $4.47 billion, above analysts’ expectations of $4.16 billion, according to IBES data from Refinitiv.

Total revenue rose to $4.29 billion from $3.33 billion in the first quarter. Analysts on average were expecting $3.99 billion, according to IBES data from Refinitiv.

(Reporting by Chavi Mehta in Bengaluru; Editing by Devika Syamnath)