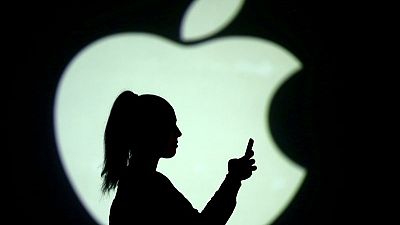 The FAS said Apple’s distribution of mobile applications through its iOS operating system had resulted in giving its own products a competitive advantage.

Apple said it disagreed with the ruling and that it would appeal in due course, the TASS news agency reported.

Western tech companies have come under increasing pressure in Russia in recent months.

Social network Twitter has been punitively slowed down over a failure to delete content Moscow says is illegal, while Alphabet’s Google, Facebook and TikTok have all come under fire.

“On April 26, 2021, the FAS of Russia imposed a turnover fine on Apple Inc of 906.3 million roubles ($12.1 million) for violating antimonopoly legislation,” the FAS said in a statement.

The FAS investigation followed a complaint from cybersecurity company Kaspersky Lab, which had said that a new version of its Safe Kids application had been declined by Apple’s operating system.

The FAS statement referred to August 2020, when it determined that Apple had abused its dominant position and said it would issue an order demanding the company resolve regulations breaches.