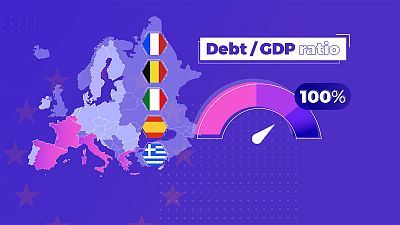 Europe does not have any countries with so-called excessive deficit at the moment (over 3% of GDP), but public debt still remains elevated in some parts of the bloc.

France, Belgium, Italy, Spain and Greece are among the countries with debt-to-GDP ratios near or above 100%.

The European Commission is responsible for making sure government public spending and borrowing does not exceed certain limits. But it cannot force any country to invest.

With a rising need for investment to boost domestic demand, some European governments such as Germany, the Netherlands and Finland are under pressure to raise their spending as they are the only ones with the fiscal space.

This means these countries have the budgetary room to allow a government to provide resources for public purposes without undermining fiscal sustainability.

Having fiscal space is like having money in the bank. Governments can increase spending or reduce taxes, without undermining the longer-term health of public finances.