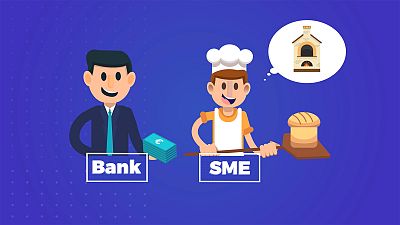 Record low interest rates and greater availability of loans thanks to ECB support have improved the situation for Small and Medium Enterprises in the Eurozone,

ECB support has pushed up loan supply, mainly in core countries such as Germany, France, Belgium and the Netherlands.

This is a sign that banks in these countries are in good shape.

SMEs in Greece are still strongly affected by the lack of access to finance: one quarter of them says it is their most important problem.

Also, Italy, Ireland, and France have the second and third largest share of SMEs reporting lack of access as their main concern.