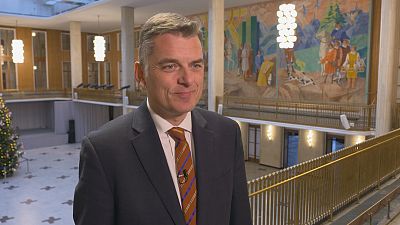 There's a perception that small companies are excluded from lucrative government contracts. But should they be?

Jan Jørgensen is chairman of the Environment Committee at the Municipality of Frederiksberg and plays a key role when it comes to awarding public contracts to private firms.

He spoke to Business Planet’s Paul Hackett. Click on the video link above for the full interview.

Business Planet: Jan, working with the public sector can be very lucrative but many small and medium sized enterprises can be daunted by it, should they be?

Jan Jørgensen: "I can understand why they are because there is a lot of bureaucracy and EU regulation that you need to live up to and it can look quite overwhelming if you haven't done this before, but actually it is quite simple and you could also consider maybe teaming up with another company, a bigger company that has done it before, you could maybe hire a lawyer, it's not as expensive as many people think, and if it makes you win the contract, then it's a good investment."

Business Planet: There's a perception that small companies, the minnows, are excluded from public contracts, it's the big firms that win them. Is there a case where small companies can be more competitive than there bigger rivals?

Jan Jørgensen: "Sometimes they can have because they don't have to deal with a lot of bureaucracy in their own organisation, so they can be more creative maybe more bold compared with some bigger companies, but the disadvantage is they often haven't tried it before."

Business Planet: The municipality of Frederiksberg has been recognised for its innovative approach. What's special about it?

Jan Jørgensen: "We're dealing with climate change of course here in Denmark as everybody else is, and especially in cities where we have lots of concrete and problems with flooding. From the beginnning we said the ideas are not coming from a politician or a civil servant here in city hall. We need to team up with some private companies. And the solutions they came up with, for instance, saying let's keep the water and then let's use it for watering the trees, it also saves us money actually, so we had a solution to the climate change and in the same way we saved money. So it's a win-win."