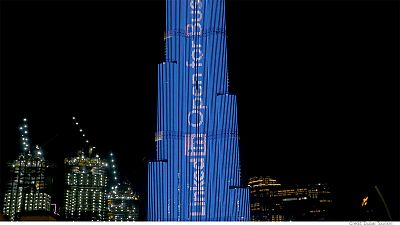 LinkedIn has launched a new service aimed at freelancers and small businesses, seeking to capitalise on its burgeoning membership.

Co-founder Allen Blue said the new set of features allows SMEs and freelancers to represent the services they offer on their profiles and allows other people to find them easily.

He told Business Line: “We were thinking about where we would launch it worldwide. And we decided that Dubai, where we had talked to these professionals, and where the entire city is focused on the development of small and medium enterprise, would be a great place to go.”

Ali Matar, LinkedIn’s Head of Emerging Markets, Middle East & North Africa, said about 95 percent of the companies in Dubai are considered to be small to medium enterprises.

“Now that contributes to over 47 per cent of the GDP,” he said. “So, we believe that is the future.

Sustainable growth in the digital age

Their focus was on ways to harness the 'Fourth Industrial Revolution' for sustainable growth.

The issue of stricter regulation to encourage competition and protect privacy was among the topics for discussion.

"Technology and innovation is not going to stop. So this is one of the things that we want to highlight during this conference. In order for innovation to grow and foster, the regulations and the regulators need to move faster.”

“We are beginning in Europe to regulate the use and, more importantly, prevent the abuse of these massive amounts of data that exist,” Mr Ilves told Business Line.

While he acknowledged that there was room for improvement, he said: “It is important to point out it is the first genuine attempt to actually do this.”

The conference is also looking at how to promote fair competition when a handful of tech giants can monopolise entire sectors.

Jeff Hoffman, an entrepreneur, author and Hollywood film producer, told Business Line: “As long as these companies can just do whatever they want, how does the little company compete? If we get regulation that prohibits some of that growth or control, it helps the small guy. But that's ironic, too, because what do we tell little companies?”

Making up for lost sales

Cosmetics giant L’Oreal saw its biggest jump in sales for the third quarter in 2019, buoyed by strong demand from Asia.

It came despite weak spots including a slowdown in makeup sales in the United States.

Remi Chadapaux, L’Oreal’s Managing Director for the Middle East, told Business Line: “The US has been a little bit tough for the past two and a half years. It seems to be stabilising now. And it's true, it was our biggest market until this year. China has actually overtaken the United States. China is our number one country, our number one subsidiary.

“Asia is really on fire right now. It's definitely a main focus of the group but it's not the only one. We are having a great focus as well on emerging markets.”

Mr Chadapaux puts much of the success down to a stable management structure throughout L’Oreal’s 110-year history.

“We've only had five CEOs throughout this span of time, which has allowed us to have a very decisive, very stable management and very stable strategy,” he said.

The company says it is now seeking to take advantage of large scale data analytics to cement its top spot within the sector.

“We started our digital transformation many years ago and we are really at the forefront of innovation right now. We are actually entering a new phase. And definitely data can bring us such strong and deep customer and consumer insights that will allow us to answer and meet with the most, you know, important needs. So, this is absolutely a focus.”