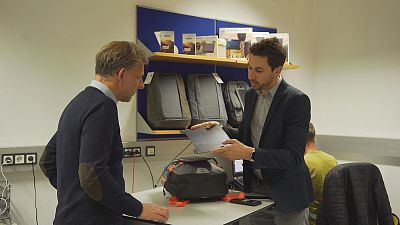 Major themes at the assembly included International expansion, digitization, and new customers. With a strong emphasis that in order to grow, start-ups needed to finance their innovations.

A good example of a successful European funded project is the SunnyBAG. A backpack that is equipped with a solar panel that can charge a smartphone, tablet or even a laptop.

Designed in Graz, the company was able to finance itself thanks to European support. From research and development to marketing and, even, intellectual property.

According to the regional minister of economy in Styria, Barbara Eibinger-Miedl, the results are tangible

"In Styria, one out of every two euros is generated by our companies. Coming from exports, it shows us that, our enterprises can gain a foothold in the global market, thanks to these innovations."

The event took place in Styria which has 5 SME development clusters. These centers help business to grow and include SMEs, large companies, but also the education system.