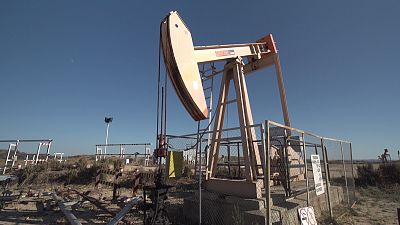 Oil exploration in Madagascar dates back to the start of the 20th century after geologists discovered heavy oil rich sedimentary basins in the West of the island.

Five have been identified, and plans are underway to develop 40 extra offshore and 100 onshore oil blocks.

The three most important onshore basins, located along the western coast, share a common geological history with oil-rich Angola and Nigeria.

“Madagascar is part of East Africa’s oil province. There is great oil potential in this province, and so there is a strong chance that we will also find oil in Madagascar,” says Bonaventure Rasoanaivo, General Manager of the Office of National Mining and Strategic Resources (OMNIS), a state company founded in 1976 which manages Madagascar’s oil resources.

OMNIS handles all the geological data required for oil exploration. We visit its drill core library, home to hundreds of samples collected from Madagascar’s soils.

“The whole point of this core depot is that we can see the samples, physically. In other data centres abroad, all you have are digital files. Here, it’s tangible, you can touch them,” says Tolojanahary Randriamiarantsoa, head of the Database Department at OMNIS.

Companies interested in Madagascar’s oil can have access to data on the samples from research conducted at the OMNIS laboratory.

According to lab technician Mihaja Manantsoa, “These samples come directly from the sites. We treat them here in the laboratory – we extract the micro-fossils, which we use to date the sedimentary formations in order to better understand their paleoenvironment. So they are crucial to oil exploration.”

How much oil in Madagascar?

It’s difficult to say how much oil Madagascar may harbour. Research is still underway, but authorities believe the island’s reserves could hold the equivalent of at least 1.500 billion barrels.

For a long time, extraction costs for the kind of oil found in Madagascar, known as heavy oil, were too high to make it worthwhile. But this could soon change.

The country’s leading oil company, Madagascar Oil, has been extracting petroleum from the island’s main field of Tsimiroro for the past year. Plans are underway to use it to fuel power plants on the island and even for road paving.