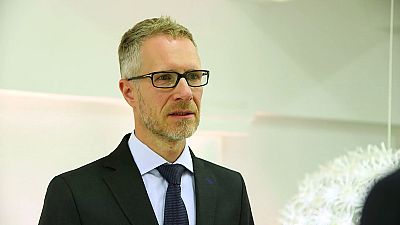 Boštjan Vasle, Director of IMAD in Slovenia explains to Guillaume Desjardins that the country’s Healthcare review has found, immigration is key to ensuring future healthcare with qualified medical personnel and care staff are available as the local population ages significantly.

“It’s a very unfortunate situation in my opinion, that the debate about immigration which is a very big debate, and a long lasting debate, is so much affected by the current situation. You know, the flow of migrants coming to Europe at the moment is just part of the overall story. We really have to take a step back and see what happened in the previous decades with immigration to some European countries, to Slovenia, for example, to Germany, you mentioned, or also to France and all these countries, including Slovenia, very much depend on these people coming from abroad. And we are witnessing some success stories, of assimilation, but maybe now, under this flow of migrants, we are expecting too much and we are thinking too narrowly just in terms of these people coming in the past months, in the past year, but actually the solution is much broader.”

Can the Green Deal help the EU economy through the pandemic?