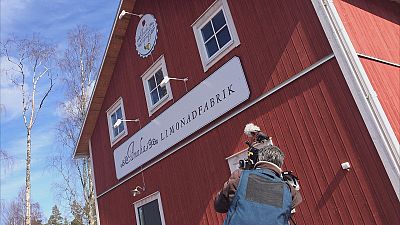 Crowdfunding is no longer a niche, it’s booming in Europe. In this edition of Business Planet, from Finland, Serge Rombi finds out how these platforms work and what makes a successful campaign.

“It’s growing by more than 100 percent per year. And it’s going to be larger than venture capital financing this year.”

In the autonomous Aland islands in the Baltic Sea, a family-run SME produces 100 percent natural lemonade, using only local products.

In 2014, Tony Asumaa – founder of Amalias Limonadfabrik – realised that he needed to expand production and he immediately opted for crowdfunding.

“We chose crowdfunding because it was cheap, efficient, fast and, above all, non-bureaucratic – to get new capital into the company,” he said.

In other words, those who invested in his company are now shareholders.

“We have 163 new shareholders. As our ambassadors, they promote our products, they sell them. Some restaurant owners sell products throughout the country,” said Tony.

Thanks to the fundraising, Tony Asumaa will soon automate part of his drinks production.

He wants to drive up sales from 90-thousand to 200-thousand euros.

For Tony, it’s given his SME new impetus, but it’s a way of boosting the regional economy too.

“The most important thing for us is to use local, raw materials, fruits and berries,” explained Tony.

How do you seal crowdfunding success?

Lasse Makela said Tony’s success is down to a “good idea.”

“He had a good team behind him, and then there was some growth potential for the business. But also willingness and resources to do a good marketing,” Lasse added.

Serge Rombi, euronews: “Lasse, there are 600 crowd-funding platforms in Europe. Yours is the largest in the Nordic countries. How do you choose the right platform?”

And if you want to learn more about the different forms of crowdfunding – both the benefits and risks – there’s a European practical guide online and free.