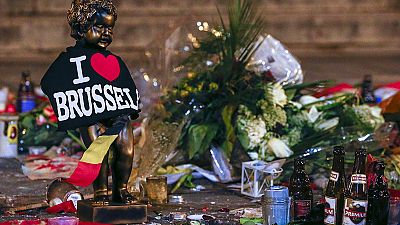 Four months after the terror attacks in Paris another European city became a target of deadly bomb blasts.

The capital of the European Union was attacked just before the Easter holiday, at a time when traditionally people travel to take advantage of the long weekend break.

Following the attacks on March 22 many of those probably changed their plans.

In this edition of Business Line we check out the possible impact on tourism, and look at life in Brussels, home to major European institutions, as the city and its people try to return to normal, or rather to a new normal.

Plus, in our IT-dedicated segment we learn how Microsoft’s latest experiment with Artificial Intelligence went terribly wrong.

It was designed to become smarter as more users interacted with it, but unfortunately learned from some of the worst people on the internet.

"Tay" went from "humans are super cool" to full nazi in pic.twitter.com/xuGi1u9S1A