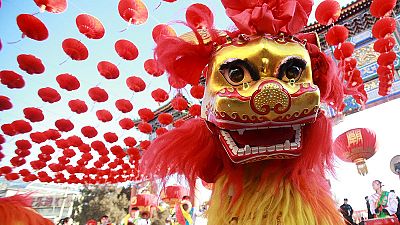 People across Asia have been celebrating the Lunar New Year as the year of the monkey began on the 8th of February.

Probably the most well known is the cash filled Red Envelope. They are usually given to younger people by their parents, grandparents and other relatives.

But it’s not just any money, ideally they should be brand new notes which brings good luck.

In addition it’s extremely important not to lose, lend or borrow money around the new year, as that’s seen as a bad omen for the year ahead.

In this edition of Business Line we consider what’s changed in the finances of China’s people as they celebrate the year of Monkey.

We also see why Russia is enjoying a tourism boom of Chinese visitors and find out how Mark Zuckerberg is falling foul of Net Neutrality rules in India.