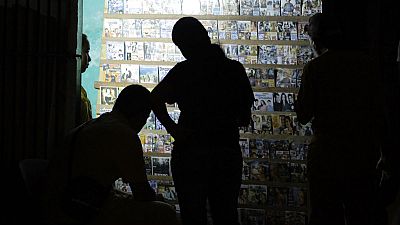 Most of us can be little bit guilty of not wanting to declare everything that we earn to the taxman – so, this week Real Economy investigates the shadow economy.

Host Maithreyi Seetharaman heads to Linz in Austria to meet Friedrich Schneider, Professor of Economics at Johannes Kepler University – for some expert insight into what brings people into Europe’s shadow economy and whether it can realistically ever be stamped out.

Also on the show, we look at how the underground economy impacts growth and what lessons can be learnt from places that have been successfully fighting shadowy practices.

Where in Europe are we most in the shade?

It is pretty crowded in the south, followed by the central and eastern countries, the continent and then the Nordics. On the flip side, you can make more money in the north from undeclared goods and services than in CEE.

Impact of working in the shadows

Walking in the streets of Copenhagen, the people you cross may have a dirty little secret.

Many of them have day jobs – but they also earn a little extra, by doing some undeclared work on the side.

In the centre of the Danish capital, Real Economy asks several people what they think about undeclared income. Here are a few of their answers:

*“I have heard about people who had someone do undeclared work for them, but I haven’t done it myself.”

The estimate of taxes lost in Denmark from “shadow goods and services” is 1.5 to 3 billion euros – across Europe, it’s an estimated 54 billion euros.

Guillaume Desjardin reports: “Undeclared work is a bit like freeloading. If I don’t buy a ticket, it won’t keep the train from leaving, but if no one does, who will pay for new trains, repairs, or the conductors’ wages?”

I paid for my ride, did you? #RealEconomy#ShadowEconomy#Freeloadingpic.twitter.com/jZVrKprSmw

Many in Europe are deciding to go legal – with the realisation through the financial crisis that social dumping and unfair competition drains resources that can be used for important public needs.

Gunde Odgaard, Head of the Secretariat at the Federation of Building Construction and Wood Workers’ Union, says: “It means you are in a very vulnerable position. Unemployment benefits, if there is not paid insurance for you for example, holiday pay, maternity leave, whatever if you’re undeclared, you’re not entitled to all of that. So you are not an integrated part of society you’re on the fringes of society.”

Bo Sandberg, Chief Economist at Dansk Byggeri, adds: “Most of the employers are paying their taxes, and then if some companies does not pay their taxes, and use black work, then it’s unfair competition.Then you can compare it to a soccer match where the one team they play with 11 players and then the other, those who are cheating, they are allowed to play with 13 or 14 players.”

Maithreyi Seetharaman, Euronews: “Why do people get into working in the shadows – do they have a choice in Europe?”

Friedrich Schneider, Professor of Economics, Johannes Kepler University: “A lot of, especially poor, people do not have a big choice. There is huge demand for shadow economy work. It is easy, you can do it quickly and you might get 50 or 100 euros or 200 euros per week. Money which you quite often urgently need for buying vegetables or other things. If someone is unemployed he has a stronger incentive to work in the shadow economy. He needs extra money because official wage loss is quite heavy.”

MS: “The businesses that indulge in have an issue of access to finance – that leads to a vicious cycle then down the line, does it not?”

MS: “The EU Platform to address the shadow economy – what’s your opinion of it?”

FS: “Each country has different ways and means to reduce the shadow economy, either with higher punishment or with incentive orientated measures. And this is so different all over Europe that one couldn’t speak of a common popular policy to reduce the shadow economy within Europe. If I do something with you and later on give you 50 euros as you helped me – so what is this, is it shadow economy work? In some countries it is, in some countries it is a friendship donation. In the Scandinavian countries. It is much quicker pure shadow economy activities compared to Spain or Italy or to Greece. Or even in Austria. If you observe a burglary you immediately call the police – If you observe in your neighborhood – oh the painter is coming on a Sunday or Saturday – no-one would call the police and say: ‘Look, there is one who who employs a shadow economy worker’.”

MS: “How do you then calculate the shadow economy?”

FS: “You ask people – some may overstate it some understate it – but then we get a detailed knowledge about the size of a shadow economy in a country .The other method is you analyse why people work in the shadow economy – and bring them into connection with the use of cash. Let’s say in Britain the shadow economy last year was 9 percent. So if one would subtract legally bought material – the real extra value of GDP for Britain would be 6 percent. But 6 percent of extra GDP is a lot for Great Britain, a lot?”

MS: “Would those jobs actually exist if it wasn’t in the shadows?”

FS: “Would all these activities will be transferred to the official economy? No of course not. Cleaning would cost at least in Austria roughly double what you pay now. So its an average wage rate between 8,10, or 12 euros. Officially it would cost between 16-20 euros. Then people say: ‘If I have to pay so much I clean myself, full stop’.”

MS: “The shadow economy has existed for centuries – is there a way to solve it or is it just that we have to somehow control it?”

FS: “If you have strong incentives created by the state, a tax deduction, then you shift it – and then a part of shadow economic activities are produced in the official economy, so that tax loss due to the tax exemption is compensated. This is the most profitable method. Punishment works to some extent but not in a very efficient way. We have to face that we will have always the shadow economy in Europe at different size, but if we could reduce it by a third by half we would solve a lot of our tax loss problems.”

Although 59 percent of Danes know somebody who participates in the shadow economy. But more than three quarters of the population know that there is a price to pay if you get caught – namely all the taxes you end up owing and fines on top of that.

Over the last 10 years, Denmark has unveiled a large arsenal to fight off-the-books transactions.

The initiatives range from bans on cash payments to stronger controls and awareness campaigns.

Within a few years, Denmark has made significant progress as far as undeclared work is concerned.

This is partly due to an increased understanding amongst Danes about the consequences of hidden work.

After a 10 year battle – Denmark’s got rid of a third of its shadow economy, and is primed to hand out some tips to fellow EU member states.

To help pass on that advice, a new EU Platform on undeclared work on brings together labour and social security inspectorates, tax and migration authorities and representatives of employers and employees.

The aim is to share best practices, information, awareness and strengthen cross-border operational cooperation – and reduce the cost to Europeans.

Gunde Odgaard, Head of Secretariat, Federation of Building Construction and Wood Workers’ Union, says: Our healthcare systems, our public service systems cannot function in the long run if we don’t pay into those various systems that we have. Those companies who engage themselves in shadow economy do not participate to the overall well being of society. And therefore we should fight them as hard as we possibly could.”

But taking that fight to the extent of sharing tax information on citizens is a touchy topic – and one which Europe’s member states are hesitant to share.

Still in its nascent stages, the fight will be a long one before Europe can be pulled out of the shadows!

Why is the Shadow Economy bad?

How Can Europe Tackle the Shadow Economy?

How to calculate the Shadow Economy?