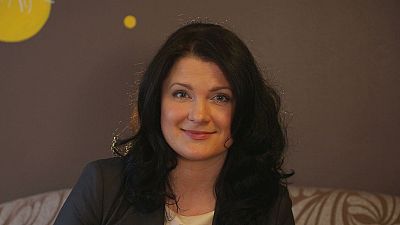 For several years now there has been major growth in micro-enterprises in Latvia, primarily because the authorities have made them easy to create, but also because the country appreciates that SMEs are the main drivers of economic growth.

Organic cosmetics designed and made in Riga are the business of Kiwi, a micro-enterprise that has seen stunning success in just three years. Starting at a modest 25,000 euros, annual turnover it has increased tenfold and is set to reach 250,000 euros this year.

“We started with two people in a small space with six products… Now, we are up to 12. We have more than 30 products in the range and we are exporting to 14 countries,” said Agate Kanca CEO of Kivvi Cosmetics

To develop their range Agate and her colleagues launched a line of products for beauty trade practitioners.

Its success has been rewarded with the Grand Jury Prize of the 2013 European Enterprise Promotion Awards.

Janis Endzinš, Chairman of the Board of the Latvian Chamber of Commerce and Industry said the ‘Think Small First’ initiative simplifies bureaucracy for the creators of micro-enterprises.

The idea was a response to Latvia’s economic crisis three years ago, he explained: “At the epicenter of the economic crisis in Latvia the situation was very serious – unemployment was 17 percent, and the prime minister asked the Latvian Chamber of Commerce and Industry: ‘How can we resolve the situation?’”

“Our answer was – it is necessary to create support system for micro companies, so that unemployed people can create jobs for themselves.”

Micro-enterprise creators can also get expert advice on their business plans and even have access to micro-credits.

The scheme been praised by the European Enterprise Promotion Awards as “the most creative and inspiring in Europe”.

So what is the key to success to building up a micro-enterprise?

For Agate Kanca the answer is reinvestment: “Develop your business, step by step. During the first years reinvest your profits back into the business. That stimulates growth. This is my idea of business.”