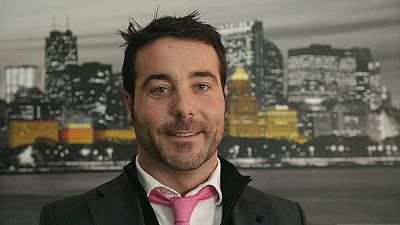 Starting up a small business successfully is notoriously difficult to accomplish, with many failing in their first year of operation.

But in today’s global economy there’s also a real premium being placed on entrepreneurs. So it’s understandable that authorities, local and national, are trying to develop the next crop of business talent.

The EU has been keen to push for programmes that nurture talent and Business Planet caught up with one such programme.

Located in Spain’s Basque country, the region has faired the eurozone crisis much better than the country as a whole, with youth unemployment around half the national rate.

In Bilbao, one educational scheme has been adding to that success, helping to create hundreds of new businesses and jobs.

The programme itself is split into three stages.

First, a brief introduction for all students. Then, the implementation of preliminary projects for those students most interested. Finally comes the not too small task of launching their own businesses, all undertaken with the help of a tutor.

It may sound relatively simple, but its proving effective. Joseba Castro has been one benefactor. He now owns a recent start-up involved in fine mechanics and hails the confidence the course gave him:

“This is the place that gave me the fortitude to create the business. It showed me that I had nothing to lose and everything to gain. “

Far from alone, José Antonio Chusa, is another success story, heading a firm in its second year of operation that employs six people.

“ The most important thing was to learn the basics of business plan, learn more about all that is financial, market research and economy. “

“The goal for 2014 is to double our turnover. To do this, we are establishing collaborative agreements with workshops that will produce parts that we design. “

The main objective of authorities in the Basques region is to quadruple the number of start-ups in the years to come. It also plans to expand entrepreneurial training in schools and colleges.