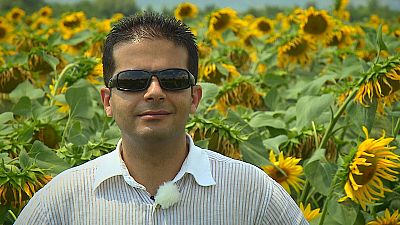 Renewable energy is not only essential for the well-being of the environment, it is also a legal requirement. By 2020 European states must reach a target of 20 percent of their energy coming from renewable sources.

It is also a matter of business and entrepreneurs in Plovdiv in Bulgaria have got the message. They have received training, become qualified and have begun to innovate and expand their businesses.

Aleksander Shenkov is a young entrepreneur with a real passion for renewable energy. He started his first company to install solar panels in 2006.

Two years ago he took part in the Install + Res training programme, part of the Intelligent Energy Europe project to get qualified and expand his area of expertise.

Shenkov said it really helped his business: “The training gave me the idea to develop innovative products manufactured here in Bulgaria, like refrigerated trucks powered by solar panels and decorative solar shutters.”

He now has several strings to his bow. He is a consultant for a number of companies and has a contract worth millions with a leading international player in refrigerated transport.

He believes the training has unlocked a global opportunity for his ideas: “The products have brought us international recognition from France, Spain, North Africa and even Peru.”

Assessing the impact of the training Business Planet reporter Serge Rombi described the project as a pilot institution that specialises in renewable energy in Sofia. Shenkov received 240 hours of free training. After a 2009 EU Directive only certified installers now have the right to work in the renewable energy sector.

The project coordinator at the Vocational High School of Electronics in Sofia, Iglika Nedelcheva, said: “A total of 77 entrepreneurs have been trained and we have issued 163 certificates in the area of photovoltaic installations, solar thermal systems, biomass and heat pumps.”

The Install + Res project started in Germany and expanded to Bulgaria, Poland, Greece, Slovenia and Italy. It was an initiative that gave the development of renewable energy a real boost, says project coordinator Nedelcheva: “We have also trained people without jobs, who went on to find work, and teachers who now pass on their skills to young people.”

Aleksander Shenkov described what he believes is needed to succeed in the renewable energy market: “For me, the road to success in renewable energy is threefold: follow new technologies, be flexible and tailor the solutions to the needs of the client.”