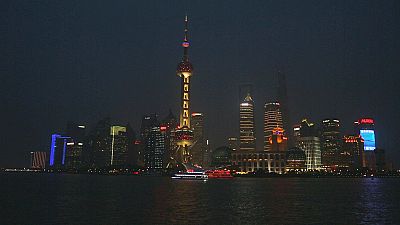 What are the keys to success for a European SME opening up a business in China? Who do you turn to for help if you want to set up a business in Shanghai, China’s economic hub? Find out in this edition of Business Planet.

China is Europe’s second largest trade partner. Developing economies like China’s are expected to represent up to 60 percent of the world’s GDP by 2030.

MGJ is one of Europe’s three leading producers of container seals for the food, cosmetics and chemical industry.

Five years ago, its leaders decided to expand to the Asian market. Today, annual turnover at the Chinese branch grows by 20 percent each year – reaching 1,5 million euros in 2012.

“Our goal was not to relocate in China, but simply to conquer new markets in China and Asia. Today, all of our products are sold exclusively on the Asian market,” says MGJ China’s deputy General Manager, De Kong.

Before opening up its new branch in Shanghai, the company spent several months in an incubator there, where it had access to specialist advice and market research. That was the first key to success according to De Kong:

“Our biggest asset was the market research carried out by ERAI, which allowed us to establish a real expansion strategy and start out with very clear marketing targets,” he tells us.

ERAI was created nearly 25 years ago by the French Rhône-Alpes region to help companies that wanted to expand to China. The initiative is still gowing strong, as the Chinese market represents great potential for European businesses.

Jean-Maurice Hebrard is the Director of ERAI China:

“We’re in a very competitive market in Europe, and we’re still one step ahead of our Chinese partners. The gap is closing, but it’s still worth it, and I think we Europeans still have our place on the market here,” he says.

Up to 60 European entrepreneurs join the incubator each year. Their aim? To start a new business, but also – and this is crucial – to understand this new market.

“What’s important is to understand the Chinese business model, how it works,” says Jean-Maurice Hebrard. “Secondly, you have to move step by step, don’t rush into it. Don’t think it’s an eldorado, which is expecting you with open arms, that would be a big mistake. I think you need to come and see things for yourself and make long-term business plans.”

De Kong has this advice for anyone wishing to start up a business in China:

“For me, the keys to success in China are: a good network, don’t lose face and – more importantly – don’t let anyone else lose face, and finally, be humble and modest when doing business.”