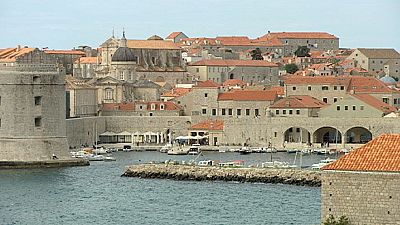 Croatia’s path from a war of independence as the former Yugoslavia broke up reaches a turning point this 1 July, when the new country will join the European Union.

Photographer Wade Goddard, from New Zealand, witnessed the war’s suffering and then the transition. He has made Croatia his home.

Goddard said: “A lot of the population already moved on. There are of course a few people who have lost so much and the war has affected them so badly that they aren’t able to move on. I think that is true in any war. I am hoping that joining the European Union will not be as disastrous for us as it has been for perhaps Greece or Portugal or Spain. Italy is having trouble, Ireland has been going through hell.”

In contrast with the photographer’s opinion, however, many countries benefited from massive EU solidarity funding, including poor parts of Italy. Croatia hopes to reduce or avoid problems that many people say stemmed from public and private financial policies and the euro. Its economy is in recession like many, with high unemployment. The EU may expand options.

Jany Hansel, with the humanitarian organisation DESA, said: “Germany needs foreign workers and they are looking for Croatian workers. So, they know their abilities and they are [actively seeking] them.”

Croatia’s outer border will become an EU periphery. EU funds can also help with infrastructure, for example to cross the “Neum corridor”, a strip of Bosnian territory along the sea near Dubrovnik – a UNESCO-listed World Heritage Site.

Nikola Dobroslavic, Prefect of Dubrovnik-Neretva County, said: “We want to build a bridge which will connect the two parts of Croatia – but tomorrow, also, from 1 July, two parts of the EU.”

Euronews correspondent Isabel Marques da Silva said: “The European Union is a political project promoting peace. But Croatia also sees it as a trampoline for modernising the economy. Through a decade-long reform process, Brussels considered the level of European funding for the country. By 2020, it will have received some 14 billion euros.”

Students have been able to move freely within the EU under the Erasmus mobility programme in the last two years. Now new prospects at home may tempt them.

Nikolina Potrebica, an Erasmus coordinator with the University of Dubrovnik, said: “I hope that not only our students and young people will go to Europe but that Croatia will open for foreign investment, and that some companies will open in Croatia. In that way, they can stay in their own country and work.”

Petra Cehic, a student in communications, who has spent time in Austria, said: “I learned a lot that I can use today, not only in the profession that I will be working one day, hopefully, but also I gained new knowledge about the economy and it’s helpful now that I am working in tourism.”

With its geographic and historical assets, Croatia has great tourism potential. Other countries have suffered from instability, such as the Arab Spring, while Croatia has gained. But now it has to integrate EU requirements.

Marina Kristicevic with the Dubrovnik Tourist Guide Association said: “We have an increase of tourists from Turkey, Ukraine and Russia. Starting from 1 July, they will be required to have a visa, which was not the case until now. So, we still don’t know how much this is going to affect the market… whether the number of tourists from those countries will diminish or not.”

Per capita wealth in Croatia is 60 percent of the EU average. The population of 4.3 million faces challenges far different from the past, as today even rich partners are tackling austerity.

“The golden age of the European Union has already passed. [It was] during the 1970s and 80s. Now we have a lot of crises. And not only in Spain, Portugal, Italy and specially Greece. Sophisticated countries like Sweden, Denmark, Germany also have problems.”

Impossible to ignore with its painful recent past, Croatia needed to meet human rights criteria to join the EU. It is s expected that financial convergence to become a member of the euro zone in a climate of uncertainty will also require perseverance.