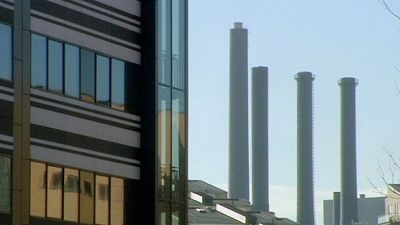 What is a sustainable city? What kind of pressure do our urban spaces have to face? What examples can small and medium cities set and how can their successes be reproduced around Europe? Some of the lessons are being learned at the 5th European Summit of Regions and Cities, in Copenhagen.

Approximately half of the world’s total population lives in urban areas. By 2030 80% of Europeans are expected to live in cities. This is why sustainable urban development is acquiring a crucial dimension in the debate over future European policies. Often local and regional areas manage to stand out for their eco-friendly practices, becoming open laboratories of sustainability, as the title of the summit suggests, “The European urban fabric in the 21st century”.

“Historically cities have always been innovation centres, but it is especially from the typical medium-sized European city that innovation starts. Now even the Chinese have discovered that small is beautiful, or better, middle-sized is beautiful. They have found that cities of 500,000 to 600,000 residents are much more sustainable, and they are building medium-sized urban areas to avoid their cities turning into megalopoli,” says President of the Committee of Regions Mercedes Bresso.

Beautiful, green, smart and inclusive : Colourful cities, where people want to live, and can thrive. That is the objective..

Regional Mayors and Presidents shared and showcased their practical solutions and strategies to promote sustainable development at a local level. Among them was Vitoria, the Basque city that holds the title of European Green capital 2012. It is running a number of innovative projects, including the “inner green belt“.

Sustainable practice is often associated with rich countries. But the Summit’s key players pointed out that the green economy is an opportunity for regions with weaker economies. And the United Nations say there is a wind of change blowing in the market:

“What we are already seeing in the real economy today is that there are significant new investments in the transition towards a green economy. In the year 2010 worldwide the total investment in renewable energies was over 210 billion US dollars, which is more than the combined total for oil, gas and coal in the world of electricity generation. So we are seeing those transitions happen, but they need to be accelerated. Public policy is as important as the ability of the market to actually engage in this, but financing remains a critical part of that,” says the UN’s Environment Programme Director Achim Steiner.

Copenhagen is a good example of how a green economy is an economically viable bet. Institutions, industry and education are working together to make Copenhagen the first carbon neutral capital by 2025. Its Co2 emissions, says the Mayor, have been cut by 20% over the past 10 years.

Once the money is raised, one question remains: how to use it. How should cities be organised to be efficient and livable? Urban planners suggest that sustainable cities will be high-density and compact
to decrease pressure on resources.

“We’ll have to change the way we move around and we’ll have to change the way we build. I think that what we should not do anymore are large-scale free-standing buildings in the old way of the modernists, who did a block and another block and in between there is a sort of a no man’s land. We’ll have to build in a much more urban way around public spaces: squares, streets, and parks which invite people to walk and cycle but also to meet each other,” says urban planner Jan Gehl.

Many of the world’s cities are broken already or at breaking point; parched, hungry, polluted, congested, disfunctional, or downright dangerous. The Summit hopes to provide some of the answers.