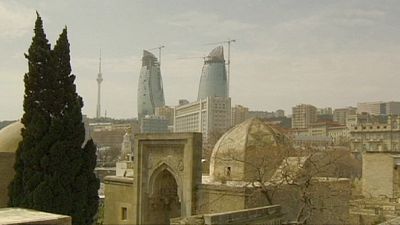 The Caspian Republic of Azerbaijan sees itself as a successful multicultural society, with all its religions coexisting peacefully – while Europe struggles to understand if its moves to foster cultural diversity have led to a dead end.

Karl-Erik Norrman who is Secretary General, European Cultural Parliament was among the delegates at the first Forum on Intercultural Dialogue in Baku, the capital of Azerbaijan. He believes there must be a more positive approach throughout Europe.

“It’s perhaps going too far to say that it has failed, but it has been a kind of a romantic, innocent attitude to multiculturalism. Rather than seeing it as a potential, governments have forgotten to claim and defend their own values in such a dialogue,” he said.

The need for intercultural dialogue is the message behind the forum that brought together world experts in Baku.

Director of Culture and Cultural and Natural Heritage of the Council of Europe explained.

“The challenges in our world today are many and varied. The challenges that in parts of the world increase discrimination, unemployment, economic inequalities, gettoisation, and a resistance – a resistance perhaps to understand the basic principles of living together. And that’s the fundamental challenge in our world today: how can we create a basis of common principles, of common values, and a way of understanding each other to live in harmony across the world.”

Far from a harmonious coexistence, the recent years have been marked by escalating violence – a consequence of politicians and religious leaders’ failure to promote dialogue, say many of the forum’s guests.

“To fight all sorts of extremism, wherever it comes from, East, West, South or North, and to work on the human principles that bring the human family together: I think we should disseminate this through curricula in the schools, through media, through cultural forums, through religious speeches, in synagogues, churches and mosques, everywhere. I think we will succeed in the future,” said Abdulaziz Othman Altwaijri, Director General, of the Islamic Educational, Scientific and Cultural Organization.

The role of women and their status in society was another major theme of the forum, hosted by one of the first countries – and the first Muslim one – to grant women voting rights.

“Women in Azerbaijan are represented in all fields, science, politics, healthcare, education. I think that in this way, like in many others, Azerbaijan provides a good example,” said Mehriban Aliyeva, President of the Heydar Aliyev Foundation.

And Anne-Marie Lizin, Honorary Speaker of the Belgium Senate added her voice to the debate.

“We’re talking here at this forum about the dialogue of civilizations, but we also see calls for revolution in the Arab world, calls for change – and in fact the real test will be whether that change will be for everybody or will it only be men and not women. We hope this forum will allow us to debate this issue, and to show that women’s rights are essential for liberty in the Arabic world.”

Can gender equality become a common ground in the cross-cultural dialogue? Unlikely as it may sound, the idea was welcomed by the delegates of Islamic organisations present.

“We cannot walk with one leg, we have to walk with both legs. Men and women have to be all given their rights, allowed to participate in building their societies, we are all humans, there are no divisions in humanity,” concluded Abdulaziz Othman Altwaijri.