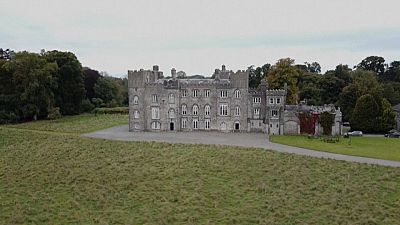 Randal Plunkett, the 21st Baron of Dunsany, has allowed his hereditary estate in the east of Ireland to return to the wilderness.

An environmentalist death metal connoisseur who sports a vegan leather jacket, Plunkett has evicted livestock and shunned kept lawns to turn his 750 acres of land into an oasis of wild flora and fauna.

"When I started this it was a secret. For the first five years nobody knew what I was doing. In fact, the locals thought I was a moron. They thought I was just decadent, destroying the land for no reason. "

However, the results are speaking for themselves. Pine Martens, a very rare species related to the weasel, have already been spotted on the estate, where otters and red deer thrive.

"Every year I'm getting at least one animal back. And it's been wonderful because we're bringing the wild back to Ireland, a place that used to be remembered for being green, and we're bringing that bit of green back," said Plunkett

According to the United Nations Environment Programme (UNEP), in terms of size, the equivalent of China would need to be "rewilded" over the next decade to halt land 'degradation' and keep temperature increases below 2C°.