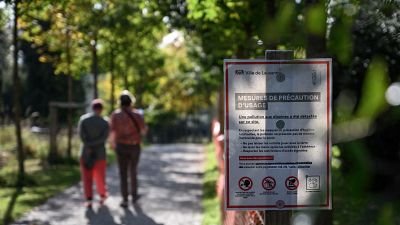 The citizens of Lausanne, Switzerland are reeling after discovering that the soil in parts of the city has been intoxicated with dangerous chemicals for more than 60 years.

The earth was polluted with dioxins from a waste incinerator from 1958 to 1982, when new environmental norms were introduced. An area of nearly 20 square kilometres has been contaminated.

Those in the affected zone have been told they should no longer eat certain homegrown vegetables and should protect young children from ingesting soil.

There are some who’ve grown vegetables in their garden for years and then we tell them 'no marrows, no cucumbers'. It obviously raises questions for them

It’s left residents concerned about what they might already have been exposed to.

"There are some who’ve grown vegetables in their garden for years and then we tell them 'no marrows, no cucumbers'. It obviously raises questions for them," says Didier Burgi, resident and owner of a vegetable garden.

The contamination had not been detected before because no one had tested for dioxins. Now it’s left city authorities wondering who else might be affected.

"We realise it is indeed a big problem today in Lausanne,” Natacha Litzistorf, a member of the Lausanne city council. “But it raises the question about all other cities that had incineration plants at that time."